Off-topic general discussion, for everything else.
Post Reply
608 posts

retcon shit in ways you dont even realize.

i just dunno why they have to make all the happy ending 80s films into miserable futures instead of extending the awesomeness. why not have badass bill and ted? why make them losers in the first place?

There is literally a 'sjw propaganda' genre.

like the whole point of the original film was that they learn stuff and grow up, so like they can be cool and then become responsible. what is this new one saying? cool people are losers, but their female versions are geniuses? i mean what?

but yeah, it was good seeing death again.. they all played the old characters well.. the storyline was terrible. the robot was good. the future was terrible. the time travel...? was none existent really? what did we see... cave.. smokey pub... corridor.. street. terrible future world briefly.

the other us's were all cool though.

It's always had that positive message but I imagine your talking about the gender and identity stuff. Apart from their kids I didn't really see it. But yeah, the retcon is a hard thing too. A villain would have helped here. Or maybe like you said make them responsible and their kids could be linked to the future's destiny and make it about connecting with them and saving space and time. Dunno.
Top

The only good Micheal Douglas movie! Hard to believe it was made my the guy who put nipples on the bat suit. Lol
Top

So, there's a remake of The Stand coming with Whoopi Goldberg as mother Abigail...

I think I just puked in my mouth a little.
Top

i dont know The Stand at all really, should look it up :S

to be fair, i rewatched Bill and Ted with a mate cos he hadn't seen it... ehh.. it's not terrible, it's entertaining and it's not too long. I *suppose* they are still playing lead guitars in the band, and I *suppose* it is them joining in last that makes it work, which *technically* makes the prophecy true...

but it is a retcon. and it is mary sue politics... the fact it's not terrible kinda makes it worse >.<

i bet they spin off "the princess's journey" or something, and that'll be appalling.

There's not a lot of animosity in this film.. unlike a lot of SJW films which viscerally hate their predecessors. but that is kinda worse, because it means people like Keanu Reeves have totally accepted that this is their future and the state of things. which is kinda ironic for a superstar to make a film about becoming washed up and getting replaced by the next generation. fkin.. expendables anyone?

so yeah, it's not a bad film. but it is totally ruined by the politics... fake ass reality presenting, bs retconning, mary suing, diversity fest.

it's basically the same SJW stuff, but without the anger. it's not actively shitting on the original protagonists, which as i say, is kind of worse. it's the same difference between aggressive and passive aggressive. bit like Fury Road actually. like, instead of shitting on the characters directly, they just sneakily try to relegate them. i mean it's not like it's their story is it? it's not like mad max is about mad max... or bill and ted is about bill and ted...?
AoS Paladin 4eva

oh wow i get it... it's how they think. cos they're not individualists. 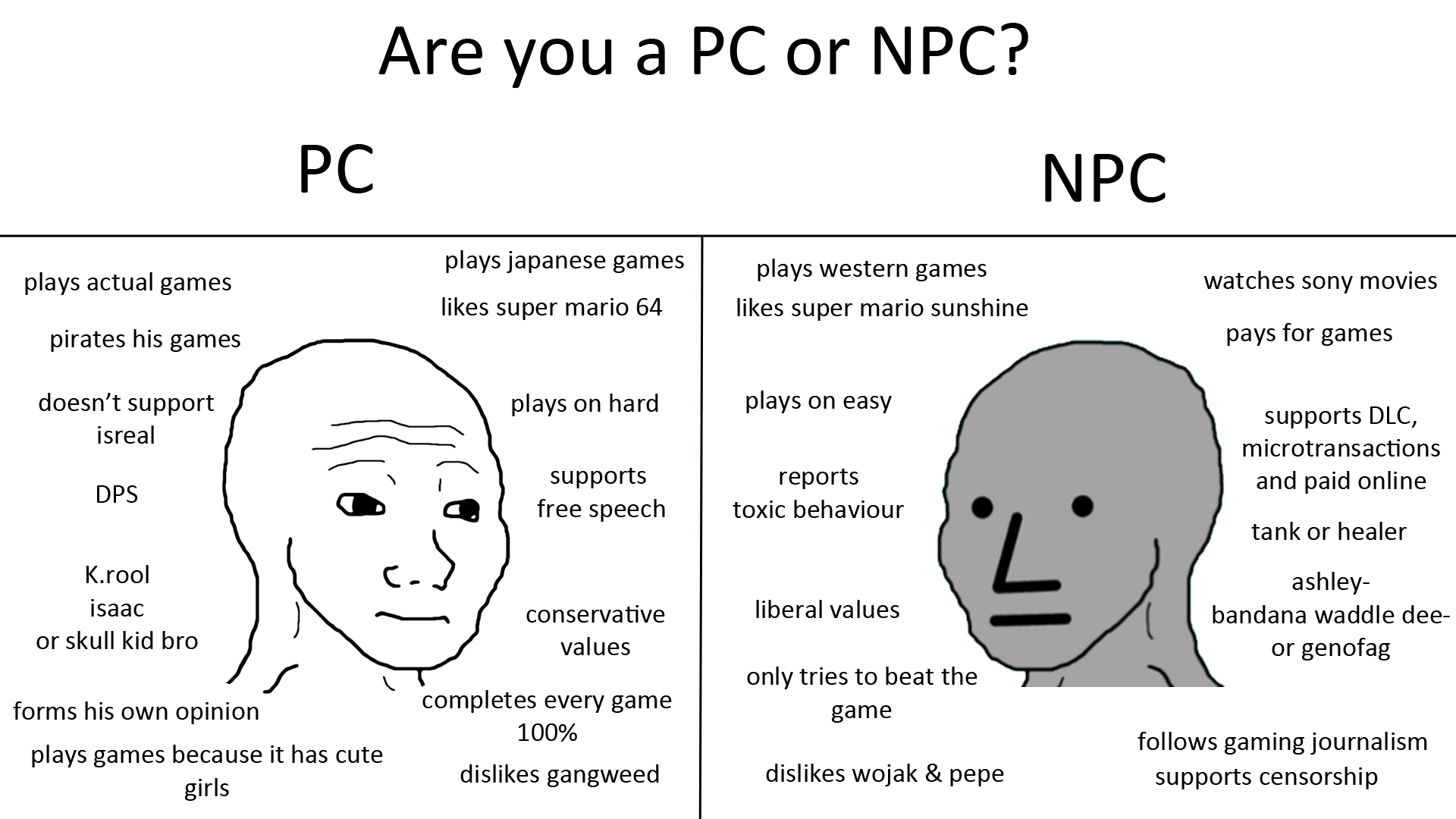 Mario 64 is really a classic treasure

It's a decent flick. Rewatched it right after the pandemic bs started with some friends. But understand that it was a 4 part tv mini series and the sfx kinda show that here and there. Saw it broadcast on ABC as a 4 night event as a teen. Good shit. But it's 6 hours long all together. Dunno if the remake is going to be the same. Seeing Whoopi Goldberg kinda made me tune out. Her only good role (that I've seen) is guinan in tng. Even that's a bit debatable tho. The view is hot garbage. This nearly turned into a rant...
Calvin likes this.
Top

Fuck! The stand remake is being made for CBS all ass... the ruiners of trek...
Calvin likes this.
Top

Time for another rum and coke then I'm gonna get on twitter and beg Stephen King to not let them ruin that too...
Last edited by Facko on September 2nd, 2020, 7:54 am, edited 1 time in total.
Top

Facko wrote: ↑September 2nd, 2020, 12:17 am Time for another rum and coke then I'm gonna get on twitter and beg Stephen King to not let them ruin that too...

Fuck... I guess everyone in Hollywood is a leftist. I hope the remake ruins Stephen King. He needs that China money too I guess. Seriously, about half my family are Venezuelan refugees. I was born in the states and it's great to have them here, largely thanks to the trump administration, but people think it's ok to denigrate anyone that he's actually helped. Fuck Stephen King and fuck anyone else here who thinks that's actually ok. Play politics all you want but when you start speaking out against my family watch out for my knife in your ribs...

Don't drink and tweet! I knew better too... but booze.
Calvin likes this.
Top

Stephen King is fkin weird... like people say he's a horror writer, but i dont think he is really. IT is like the goonies, just an adult version, with some weird sexual shit in it for no apparent reason. like ya know there's a bit in the book where they all bang the girl in turn to get their magic powers back?
it's pretty fucked up. like he goes into detail describing kids weeners, it's not cool.

he's a bit like tarentino to me, sorta over-rated... it's the weirdness that sells, but it's like a curry or something, it's nice for a weird change, but you would not want it every day... they're kinda like freakshow cinema. same with tim burton, they have their thing. but i wouldn't call them well rounded individuals and listen to their advice on life/politics/etc.

people seem to just think in terms of "good" and "bad". this = entertaining, entertaining = good, good = intelligent? is that how it works? it's really not how it actually works ;P

THING is a far better horror movie than IT.
AoS Paladin 4eva

got these 2 to watch at some point:

Waiting for the Barbarians


and "Attack of the Uknown"

The synopsis on imdb totally sold this one to me:
"A SWAT team transporting a vicious crime syndicate boss must fight their way out of a county detention center during a catastrophic alien invasion."
i just love the way they throw the alien invasion in at the end there, and not just any alien invasion, but a catastrophic one!
and it's 2.5 out of 10 score lolol

it's actually gone up to 3.8 since last night O.o
AoS Paladin 4eva

ya know it's a funny thing but you got me thinking. people aren't 1 dimensional in terms of good and bad.... it's not a line of saintliness or proximity to god, with evil at one end and good on the other. 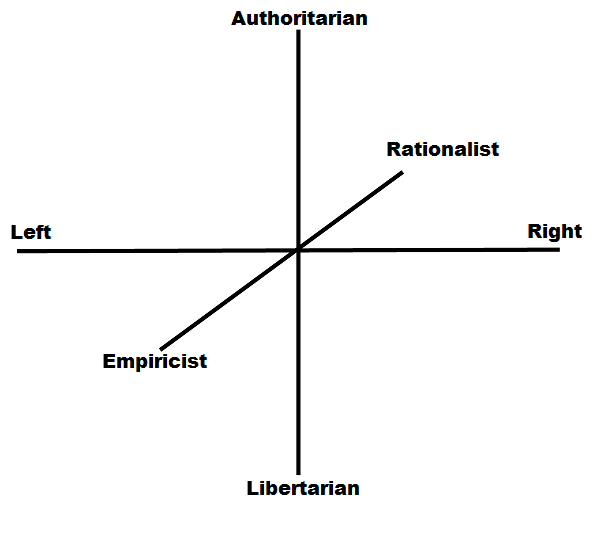 sorta like that.. i suppose you'd have to pull out the elements of the new axis from the old 2 though..

make it a sphere... give it a colour for temperament. hmm. 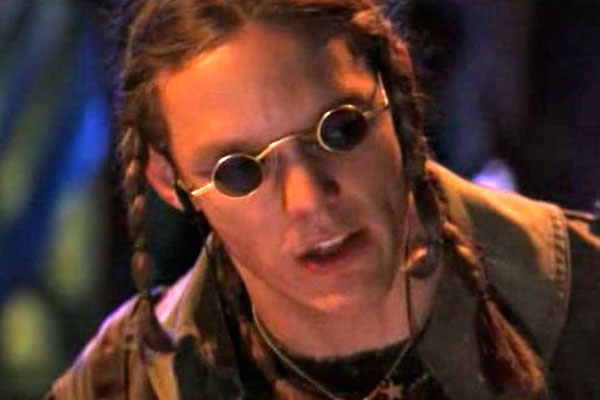 can we all just take a moment to reflect on how awesome the handles in Hackers are. Phantom Phreak (phreaking being the phone hacking; him using a blue box in the film in the bar, and dialing with the hang up button in the jail

that is phreaking, and he is the Phantom Phreak, really nicely put in.)
Cereal Killer, as in fruit loops, and as in serial ports.
Lord Nikon as in photographic memory.

just smart AF. Razor and Blade, Crash and Burn, Zero Cool, The Plague. just cool. i think i have a thing for good naming.


is it bad that i just looked at the great chain of being and felt sorry for the rocks... 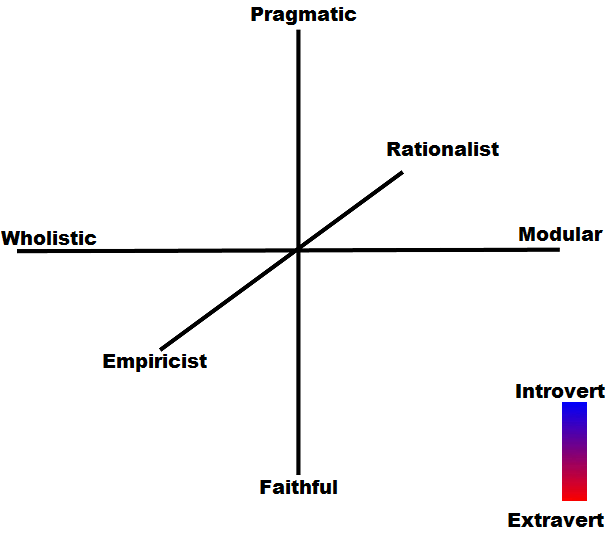 then i would say that the left are extroverted pragmatic, holistic, empiricists.. while the right are mostly introverted modular, pragmatic, rationalists.


hmm does that make me a holistic, faithful, rationalist? :S
shit im like a christian scientist.. cos i have faith in humanity, that the whole system is linked by human nature, and it's rational for system to find a balance (or be destroyed, but humanity is tenacious)
see im closer to the center on left/right // holistic/modular, cos i think it's a whole system consisting of modules.
ie. it's not that the right/modular people dont believe in stuff like social spending, and it having an effect on other things, just they believe in setting up a specific department to deal with it, rather than incorporating it into all areas: ie not having higher tax and government programs, but setting up a charity organization.

see the crazy left would be like:
empiricist - i believe what i see and feel.
holistic - everything is everyone's responsibility.
pragmatic - lets do something about it.

where the right would be like:
rationalist - it may be counter intuitive, but this will fix the real problem.
modular - let people concentrate on their specific role.
pragmatic - lets do something about it.

and i would be:
rationalist - it may be counter intuitive, but this will fix the real problem.
holistic/modular - everything is everyone's responsibility, but concentrate on your role.
faithful - truth will out, the right answer will win.

i would say everyone that actually bothers to vote is a pragmatist.
it does kinda have real world ramifications this.. cos like you could identify what is lowering your voting numbers - ie. trump probably needs to turn more people into pragmatists, so concentrate his message on the idea it will make a difference.

i would say the modular/holistic people just need a better education in civics and history on both sides. then they'll both realize it's just a different way of approaching the same problem, and it's just the debate between specialization and generalization; they both have their merits and you need both.
Last edited by Calvin on September 3rd, 2020, 12:16 am, edited 1 time in total.
AoS Paladin 4eva

I'm an independent. I'll just quote some egg shen since I can't find the clip. When he's explaining lo pan at the salad bar.

“There’s Buddhism, Confucianism, and Taoist alchemy and sorcery. We take what we want and leave the rest… Just like your salad bar.”

Hsckers didn't age well but I still love it. Grew up with those terms lol.
Calvin likes this.
Top
Post Reply
608 posts