Off-topic general discussion, for everything else.
Post Reply
608 posts

i think chinese mysticism is one

this is the best summary i found of those tho: 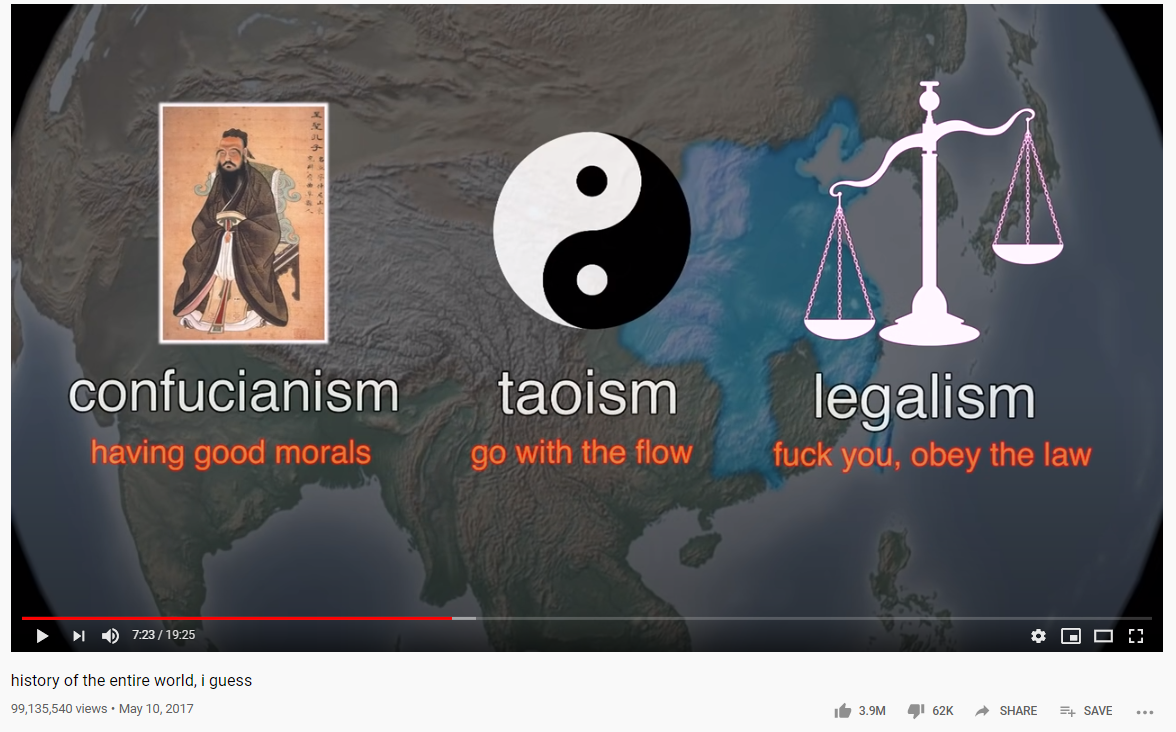 but you could argue confusiousism (sp?) is just rationalism, Taoism is Empiricism, and Legalism is Authoritarianism.

...well, roughly... the point is that it's the same stuff, just slightly differently represented

eastern and western philosophy are on about the same stuff, i'd rather stick to western though, cos it's hard to mix the 2. it's just like 2 different programming languages, they're the same, but you're better off getting more advanced in one than learning both.

you could probably actually put them on my graph

Claudia Christian is in Arena! Wtf!
Calvin likes this.
Top

yeah, society is a social contract between people at the end of the day, for mutual benefit.

.. i suppose the issue with the left, is that they reject the entire social contract, because they dont know enough to know there is a lot to to the world/society/reality.

so to them, they cant see why things cant be perfect. stuff seems very simple to them, but it's not practical to have a holistic society - it doesn't work to have everyone as generalists and be aware of everything because reality is too complex and the majority of people cant handle it.

see the republican / conservative way of doing things is inherently governmental, because it breaks things down into modules, where it's like "you're a policeman, you just do your job. other people will do the job of deciding what will be against the law." then you need everyone working together to achieve stuff on the grand scale. which requires governmental management.
AoS Paladin 4eva

anyway, back on topic

this is worth a watch actually:

it's got the rufus girl from bill and ted in it

Saw a tesla concept car that looked like a time cop car. Can't find the picture tho. Think it was just a sketch really.
Last edited by Facko on September 7th, 2020, 4:06 pm, edited 1 time in total.
Calvin likes this.
Top

Saw a tesla concept car that looked like a time cop car. Can't find the picture tho. Think it was just a sketch really.

Demolition man got the time wrong by about 24 years but it's about what LA is like now. Lol

The trailer doesn't do this movie justice so here's the opening scene instead.

And another good clip

watched the first episode of this, wasn't terrible.. it's got ragnar in it

+ turns out i actually watched the third episode... thought it was a bit of an action packed intro lol

actually a lot better watching it from episode 1