Off-topic general discussion, for everything else.
Post Reply
109 posts


Excorsion wrote: ↑March 27th, 2020, 2:38 pm
as to why i pointed out CNN and the times... they are real big on spreading panic with misinformation. you can't really take anything that is said on those networks as the facts.

Trump 6/16: They’ve come up with the AIDS vaccine

Trump 3/6: I like this stuff. I really get it. People are surprised that I understand it. Every one of these doctors said, "How do you know so much about this?" Maybe I have a natural ability...

I Love this White House and the Administration and his buddies
Come on Trump 2020
Keep the jokes coming
Gabba Gabba Hey!!!
Top

A lot of my time I spend on public transport. It is really annoying how many people still don't wear masks

in all seriousness... there may actually be a civil war..

"Sometimes It Is Better To Let Your Enemies Destroy Themselves
Leave your enemy an escape route. A retreat is the ultimate demoralizing defeat.Let them be the agents of their own destruction. The result will be the same.
The risk of crushing an enemy is you embitter them so much so that they spend years and years plotting revenge. Do not let your guard down, but simply crush them again."

the actual one is you leave them an escape route so they think there is hope, and avoid them fighting with the courage of desperation, you dont want to fight an enemy that has a "win or die" mindset.
you want them thinking "win or run away!" but you wait for them on the escape route... funny they have misunderstood it..

but the point anyway, is that they're not giving the trump people any hope of a fair election... which means they have nothing to lose...

(it's funny actually cos, remember pandora's box..? and all the evils of the world get released? with hope left inside? well the greeks didn't actually think hope was a good thing... there's a reason it's in the box of evils.. it's just the one we get to keep.)

I think the lockdown has driven everyone crazy. cos they were creatures of routine... and it broke the routine. as a result these are extremely volatile times... then the election is coming up... honestly... if you're american, stock up on some tinned food and make sure you have a gun..


would love to post the video from the meeting they have just after trump gets elected, where they are saying like "how did this happen" "we need to do more" etc.. as if their job is to manage the will of the people... but unsurprisingly it's been scrubbed from the internet :/
at the time it was a curiosity.... now it's sedition.

there's a few news stories like that... you have to read them within a day or 2 of them coming out, cos they just disappear after that...
does anyone remember youtube being like 10s of 1000s of comments? and twitter posts having like 100k+ likes.... now they are all like 100 comments, and 20 likes. why do you think that is?

i dont think people realize how censored things are... we are literally getting maybe 10% of the content, comments, and likes... the approved ones. thats why they think everyone is on their side, and it's just a few people disagreeing with them.. 90% of people disagree with them... it's actually very hard to find them... they are on those platforms (you can probably see why im not now lol), but you never meet them anywhere else, on anything... not on any games, not in real life... seriously, i look for them!
just to talk some sense into them...

oh i guess that quote is saying dont destroy them completely... that's just silly.
let them go and keep your guard up 24/7... pfft.. well you're not gonna be winning any wars...

you guys have no idea how hard it is to get stronghold to a point where you can just sit, and not worry about being attacked.
dont start that game cos it's a nightmare to learn.. but at the top level.. when you have plenty of cards from previous games, it's a masterpiece of tactics, strategy, and diplomacy.
you can lose like a year of work in one morning... you have to play the metagame, and much like real life, everyone maintains the status quo. you can never attack 1 person, because that person has a lord, and vassals, and a house, and holds land, which allows higher ups to hold land... it's all interconnected. if anyone fucks with any of it, everyone gets pissed off.
it's all set up so well now, that i dont even have to log in ^.^
im only a discord msg away anyway...
proper wars on that game are absolutely nuts...
but we have ripped up players root and stem, and removed them completely from the server... otherwise they'll come back.
it's not harsh, cos they just play another world. you have to start on day 1-10 really or you'll always be too far behind.

sorry, got a bit carried away


they seem to think all our systems are designed to oppress them... they're literally designed to stop wars from occurring....
AoS Paladin 4eva

im not even gonna watch it.. i know what he's gonna say... i'll watch it later..

i would call that good news...

(to be fair tho, that lincoln statue is a bit fked up)
(the puritans have basically decided america is not pure enough so it has to go

)
(they believe their own bullshit.. and they're fanatics. they aint keepin it real ;P )

i never used to like Carl, to be honest... i could see he was tryin, but often a bit petty. he's been reading up tho this last 5 or so years, and he's actually gotten a lot better..

america is definitely not perfect.. but it's not *that* bad.

i dunno, maybe people aren't dumb, there's defo a lot of smart people around.. maybe just need to be exposed to more stuff, like history and different ideas/ways of thinking
AoS Paladin 4eva

i blame the watchmen tv series...

"The justices decided 5-4 that an eastern chunk of the state, including its second-biggest city, Tulsa, should be recognised as part of a reservation."

the united states may not be all that united for very much longer..

like, i dont mean to be a dick.. but i highly recommend you listen to this

a tv cultured apocalypse is gonna be epic and hilarious.

okay, sorry, it's really not funny...

suppose ya might be alright.. native americans might 'play ball', so to speak. if they wanna be independent and stuff tho then you're gonna have problems down the line... if people even accept the ruling.. pfft..
AoS Paladin 4eva

sick and tired of sitting at home. I wouldn't head off to some crowded places like Egypt or California. I don't like sunny weather

I would test my organism's strength and go to the North Pole to see local wildlife and renew my Instagram feed with unique photos. Poseidon expeditions offer great value for money so I guess I would choose them to arrange my trip

you could just buy a penguin to sit home with you..?
same effect but better heating.
AoS Paladin 4eva

lol check it out, the white house e-mailed me? 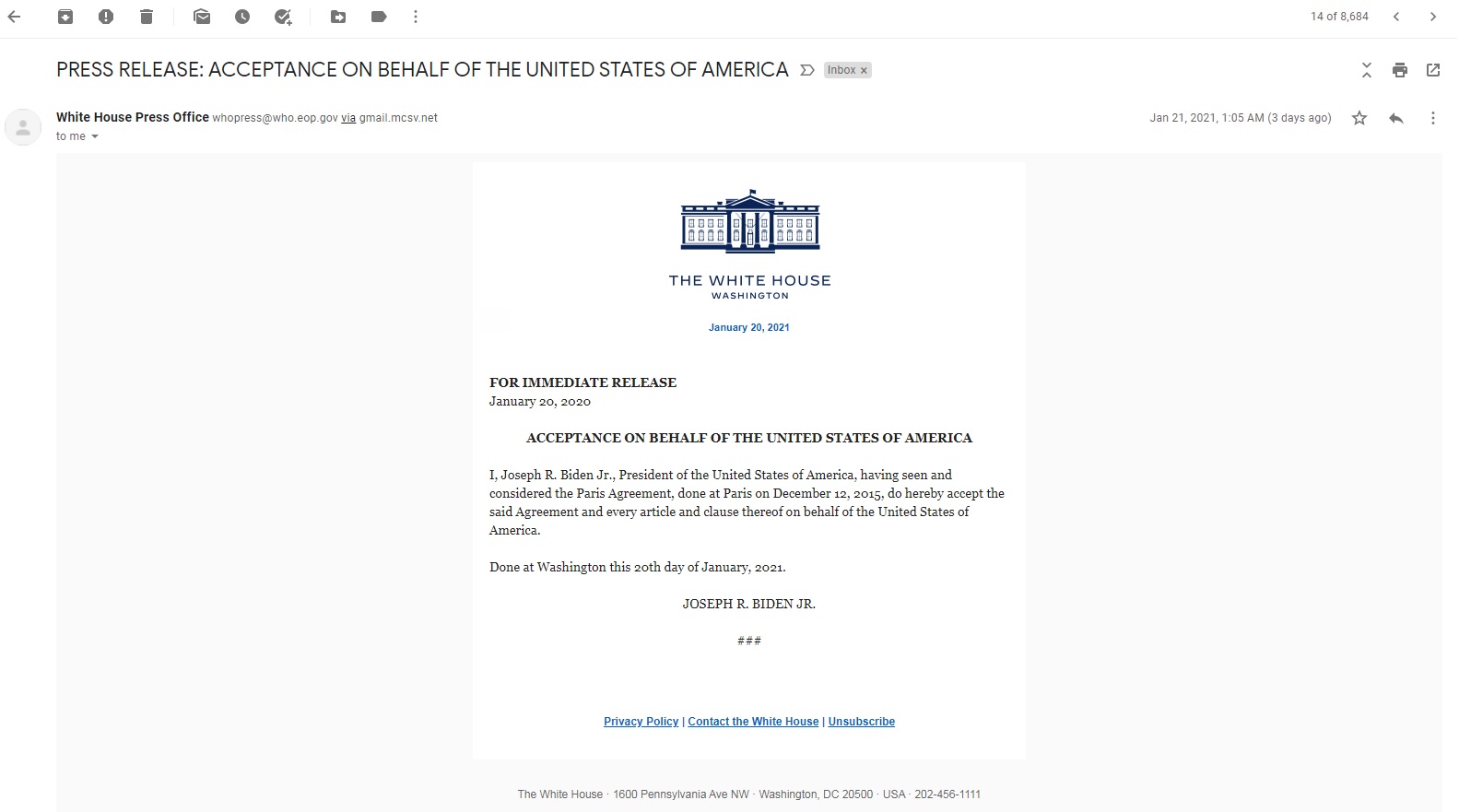 (why have you got my email address?)

did everyone get one?
AoS Paladin 4eva

"That’s why the participants want the secret history of the 2020 election told, even though it sounds like a paranoid fever dream–a well-funded cabal of powerful people, ranging across industries and ideologies, working together behind the scenes to influence perceptions, change rules and laws, steer media coverage and control the flow of information. They were not rigging the election; they were fortifying it. And they believe the public needs to understand the system’s fragility in order to ensure that democracy in America endures."

"They were not rigging the election; they were fortifying it."

"in order to ensure that democracy in America endures."

Dunno what's gonna be worse... rubbing our faces in it, or the acceptance of it.
Top

could be a lot worse than that...

really not that far off these realities right now.
AoS Paladin 4eva